In the late 1800's and early 1900's the settlers from Preble County, Ohio, brought their religious beliefs with them to Lenexa. Sundays were a "dress up day" when work was put aside for family and God. The church provided opportunity to gather, socialize, and worship with fellow parishioners.

Reverend Charles Schaefer was sent from the Board of Mission to help start the church. He lived in Ottawa, Kansas. The first meeting was held at Mount Zion schoolhouse. The services were held monthly and were preached in German and Sunday School was in English. 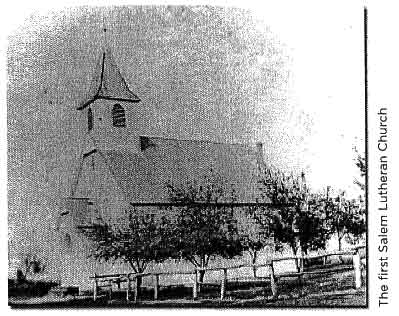 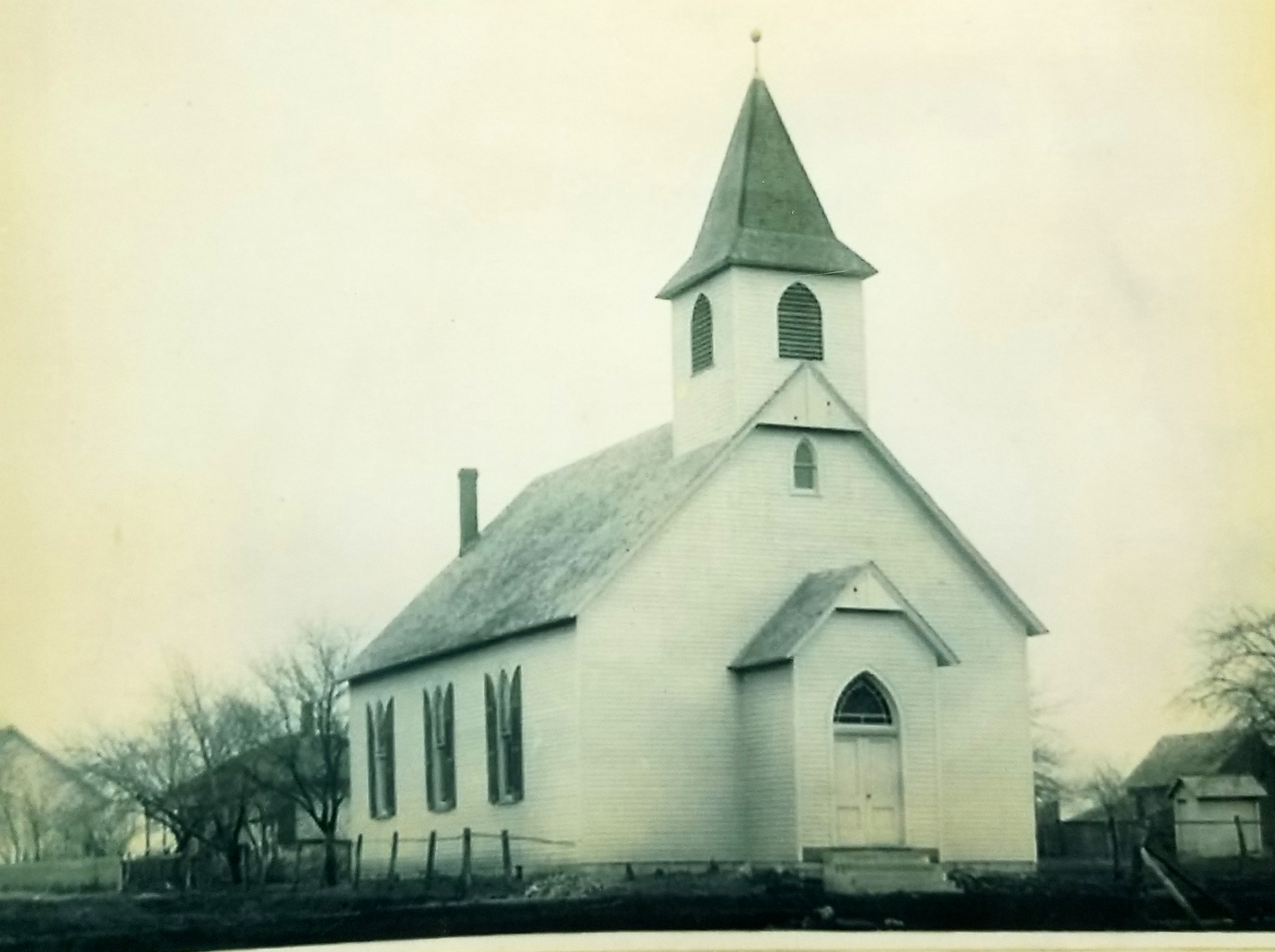 In the early days the land was donated to churches by the people. They were in the center of most activities, and that is why the churches were erected by stores, depots, and cemeteries. The influx of German families who practiced the Lutheran faith created a need for a church. Salem Lutheran Church was organized in the fall of 1885 with ten charter members whose names are listed on the constitution and by-laws, and it was written in German and English. The Herman Busch family donated two lots for a wood-frame church that was built by members at a cost of approximately $2,400. It was dedicated to the "Glory of the Triune God" on October 14, 1888. The first worship and baptism took place on November 22, 1885. The church was complete with hitching posts.

In 1893, a parsonage was purchased by the congregation. In 1903, a committee was formed and a pledge drive was held to raise $866 to build a new parsonage. Most pledges were $10, $20, and $30 and not attainable for some of the families. Thirty families pledged the $866 and the parsonage was built. In 1910, a stable was built for the parsonage and was in the southern portion of the lot, opposite the church. The parsonage served 13 different pastors and their families before it was torn down 68 years later and was replaced by a gravel parking lot. A new parsonage was purchased in 1972 for $30,000. 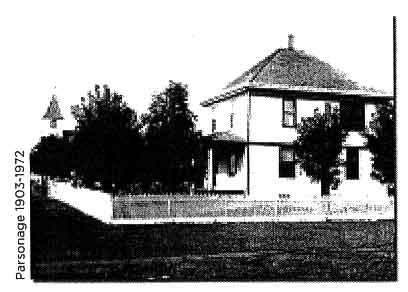 October 5, 1922, a tragic event happened to the church. The custodian was burning trash near the church and the wind changed and carried the flames onto the church. The building was a total loss except for several items rescued, which included the chancel furnishings.

A new church was dedicated 19 months later on May 25, 1924. The new church included beautiful stained glass windows, a new pipe organ and pulpit, altar, and baptismal font from the old building. 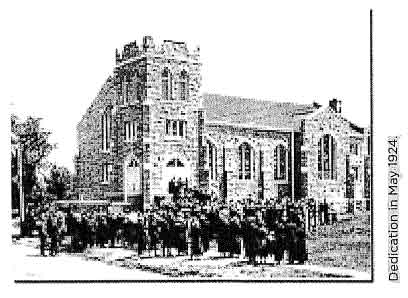 After 50 years the membership had climbed to 60 families, consisting of 160 communicant members and 190 baptized members. In the first 100 years there were 720 baptisms. Salem's pastors officiated at 367 funeral services during that time. 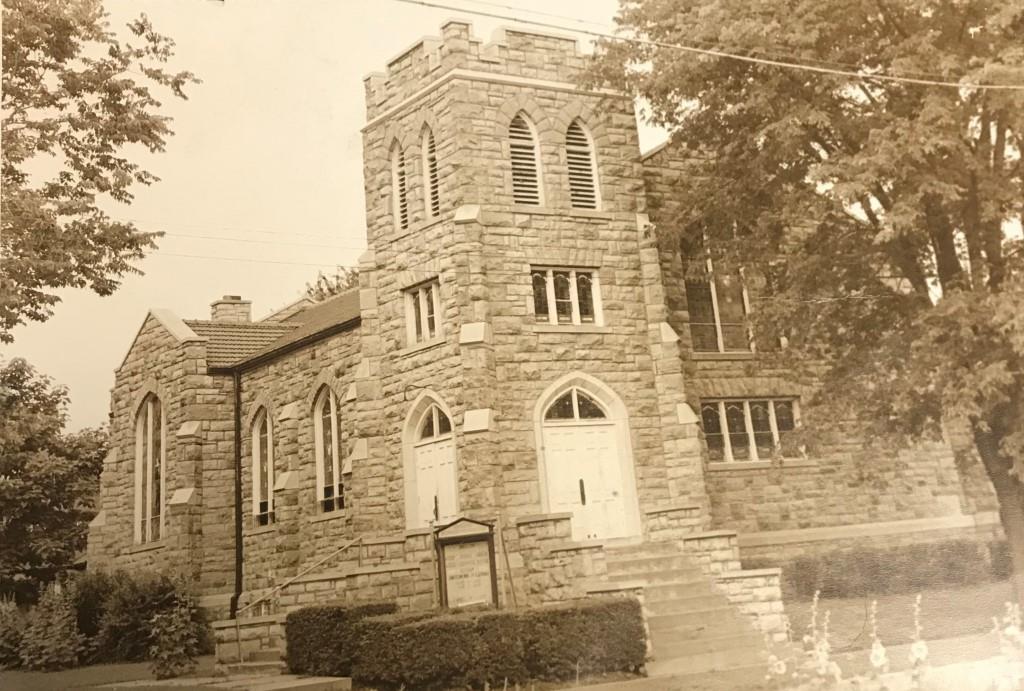 In 1960, a drive was in progress to build Luther Hall. Luther Hall was completed April 21, 1963. Luther Hall was built for the purpose of providing ongoing education programs, social gatherings, and a modern parish hall. At 75 years of age the church had 348 members. 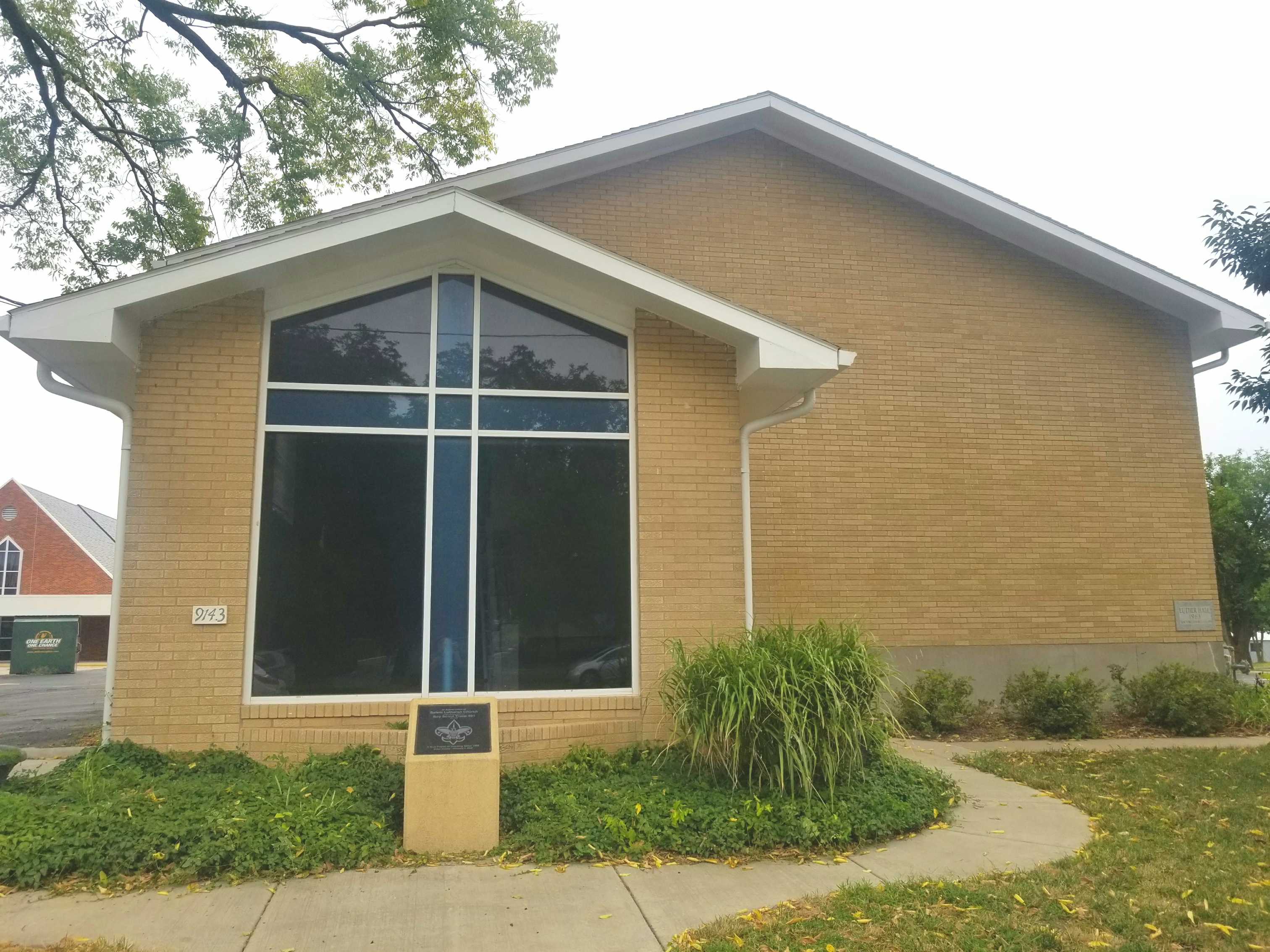 The 1980s brought air conditioning and a new sound system to the sanctuary, and Plexiglas covering to protect the stained glass windows. Handicapped accessibility to the sanctuary was attempted with a very long ramp in place of one of the entrances with stairs. In 2009 a new addition included an elevator and a ground floor narthex entrance.

In 2011 Salem began collecting food and handing out packs of groceries one day a week, housing supplies in the upper level of the new addition. The Pantry Pack program feeds an average of 40 local families per week, as we partner with Harvesters and other neighborhood congregations.

In 2019, the sanctuary and Luther Hall buildings were sold to Narthex Properties, which in turn provided the needed updates and repairs to continue the life of the church there; however, during the COVID-19 pandemic Salem decided to dissolve the lease, and the buildings were sold to another congregation in 2020.

Salem continues to provide ministry and the Pantry Pack program out of Koinonia Hall, and has an interim worship space Sunday mornings at the beautiful Baugh-Marshall Chapel in the Central Seminary. The original chapel furnishings that were saved from the fire in 1922 are currently being stored for that time in the future when we begin our next chapter in a new location. Salem's 135 years of rich history continues!